A land sale in the family is the latest archaeological dig for Chloe Davis. As she returns to the site in the Kaipara, north of Auckland in New Zealand she is working to find the foundations of the place of worship for Kaipara Harbour community which had burnt in the 1880s.

Chloe has mixed emotions about the dig, she’s sad that the family land is being sold especially as her side of the family had fond memories of holidays spent in the house her sister Phaedra has inherited.

There are two distinct time lines to this novel both presented in the first person the current day narrative provided by Chloe on the dig with a mis-match of students and her old friend and colleague Bill. This time line follows not only the finds on the dig, but also the suspicion the small town inhabitants have towards the outsiders, some of whom have money tied up in the sale of the land. But rules are rules and the dig has been ordered and Chloe and Bill are determined to finish what they have started.

This present day timeline also takes in the mystery of a missing local farmer from some years before as well as the frankly odd relationship between the level-headed Chloe and her far more mercurial sister Phaedra.
For me far more fascinating were the pages of a diary written by Charity, a young girl, taken to the mission by her mother. There is something I find fascinating about cults; partly the amazement that a single charismatic man can make others believe what he says to the seeming exclusion of logic to the more mundane issues of adults living a communal lifestyle which for me, being fairly unsociable, has so far kept me inured to any charismatic man (or woman) bearing unlikely promises. However if I were a single mother forced to use her fading looks to make a living as a Housekeeper, back in the 1880s then maybe I would be as grateful as The problem faced by the cult, from the locals and more prosaically the lack of money as Brother Jack failed to gather a bigger flock to fund the mission.

This is a slow-paced mystery, quite unlike the crime fiction I normally read. The mysteries are there but the search for answers is nowhere near as frantic or all-consuming as these, the answers coming almost organically from the situation which is not only a novel approach, but also a deeply satisfying one. That’s not to say the book lacks action, it doesn’t there are a few hairy moments in both timelines. The mystery in the past was expected as we know from the beginning that the mission burnt down, what we don’t know is who did it, and why. The action in the present coming out of a fairly complex storyline which ensures that this book didn’t succumb to that perennial problem with dual timelines, the one story capturing my attention far more than the other.

What Remains Behind is the first read of my 20 Books of Summer Challenge 2017. I enjoyed this book featuring an archaeologist a real breath of fresh air away from the detectives that normally stalk the pages of my crime fiction. With the unusual, for me, setting in small town New Zealand easily imagined through the authors descriptions, both in the past and present, this one has got me off to a cracking start.

10 thoughts on “What Remains Behind – Dorothy Fowler #20booksofsummer” 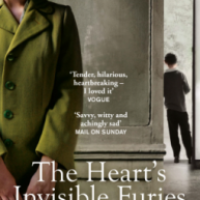 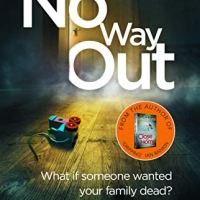