On the face of it this is a missing child story with all the horrors that are conjured up by the scenario but the commentary has far more to say about modern society and how we react to such tragedies. For me the appeal of ‘domestic noir’, the category that this book falls into is being able to question ‘What would I do?’ but in this instance the opportunity to examine how we react to this type of news is also present.

Rachel Jenner and her eight year old son Ben take a Sunday walk in the woods near the Clifton suspension bridge in Bristol, with their dog. Rachel’s wish is to allow Ben a measure of independence and he is allowed to run on to the rope swing hanging in a clearing – by the she gets to the swing there is no sight of either boy or dog. The police are called along with Ben’s father, John, the man that left his family for another woman, a loss that Rachel is struggling to come to terms with. The police swing into action and the requisite televised appeal is scheduled for Rachel to appeal to Ben’s return. With her every move scrutinised it doesn’t take long for the public to suspect that there she is in some way culpable for the loss of her son.  Someone sets up a blog spelling out her shortcomings and needless to say there is no shortage of commentators, the like of which will be familiar to anyone who has witnessed similar appeals, something I have always found shocking but understandable when coupled with the knowledge that the police often organise these appeals with the aim of studying the body language of those closest to the victim.

The story is told in part from Rachel’s point of view at the time Ben went missing, the emotions she displays are unsurprisingly raw and at times hard to read. The other part of the tale is described by DI James Clemo in part to his psychotherapist a year after the events. The fact that he is seeing a psychotherapist alone is enough to raise the tension, after all the reader wants Ben to be found safe and sound.

This is the story of an investigation with a difference as the main thrust of the book looking at the characters involved, including Ben’s close family, his aunt and his mother’s oldest friend along with other secondary characters. The timeline is kept linear so that the reader shares the frustrations of those looking for answers when a sure line of enquiry ends up at a dead end or discrepancies in stories are revealed. This alone keeps the levels of tension high while allowing the reader to piece together their own ideas of where the truth may lie.

For me having the breaking news excerpts along with the blog and comments gave this book a fully-rounded feel – as I said in my first paragraph – based on the information being released it gave me a chance to examine what my thoughts on the situation may be and I’m sure I’m not the only armchair detective out there, in fact I know I’m not from the number of people who do comment on these types of crimes – although I hasten to add I do not feel my skills sufficiently honed to add the clamour of voices that commit their thoughts to the internet – and in this case it seemed that many of the voices suspected that Rachel was involved – were they right? Well you’ll have to read the book to find out.

I received a copy of this extremely accomplished from the publishers Little Brown Book Group UK to coincide with the publication of the paperback on 27 August 2015 in return for my honest opinion. I’m pleased to report that Gilly Macmillan is publishing this book under the title What She Knew, in the US and it is due out in 2016. 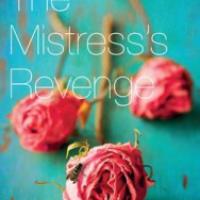