Behind the very stylish door to the home of Jack and Grace Angel things aren’t all they initially appear. We first meet the successful couple, Jack a lawyer who spends his time standing up for victims of domestic violence and Grace who was a buyer for Harrods, hosting an elegant dinner party. Grace no longer has her high-powered job though, she’s a housewife, perhaps waiting for the patter of tiny feet.

The food served by Grace is exquisite and the conversation quickly turns to Jack and Grace’s first meeting. Neither had been married before despite Jack being highly sought after by his female colleagues; Grace’s marriage prospects had been hampered by her commitment to looking after her younger sister Millie, who has Down syndrome. Jack wasn’t put off by this life-long task though and the couple talk about welcoming Millie into their home when she leaves the school she attends.

What happens behind the scenes though is deeply disturbing and not in the conventional way but is it really possible that no-one can see the truth. I can’t really say much more except that despite the horror there is something compellingly realistic about the way that the action unfolds.

With the book split between the past and the present, so we see how the relationship progressed through a perfect courtship to marriage and then the honeymoon in Thailand where revelations made cast a whole different light on what had gone before. In the present we see that things aren’t quite the way the dinner party guests imagine but there is a deadline looming and a plan is needed, and fast.

This is real edge of your seat stuff and is so truly horrific a certain amount of suspense of belief is required but with the characters being so credible I found myself questioning whether or not this could happen, and I came down in favour of the author mainly because while I would hope this wouldn’t happen given the characters and circumstances of all involved I can believe that it might. The pace of the story is unrelenting which only serves to raise the tension and the mixture between past and present, especially as the gap between the two closes, works really well in giving the reader no opportunity to catch their breath.

A must read for all those lovers of the most popular recent psychological thrillers, you know the ones I mean, the ones that are populated by vile characters and keep you turning the pages just to see quite how bad things can get!
I’d like to say a huge thank you to the publisher HarperCollins who kindly arranged for me to receive a copy of this book and invited me to take part in this book tour.

Even better news, there is a whisper that the author already has another book in the making which I for one will be looking forward to reading. 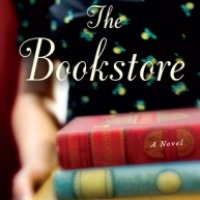