This week I’m my opener as it is the season to be a bit more jolly I thought I’d choose one with the tag-line hilarious, and then I read the synopsis more closely…Faking Friends by Jane Fallon which will be published on 11 January 2018.

Amy thought she knew everything there was to know about her best friend Melissa. Then again, Amy also thought she was on the verge of the wedding of her dreams to her long-distance fiancé.

Until she pays a surprise trip home to London. Jack is out, but it’s clear another woman has been making herself at home in their flat.

There’s something about her stuff that feels oddly familiar . . . and then it hits Amy. The Other Woman is Melissa.

Amy has lost her home, her fiancé and her best friend in one disastrous weekend – but instead of falling apart, she’s determined to get her own back.

Piecing her life back together won’t be half as fun as dismantling theirs, after all. Amazon

‘Why are you ringing me at half past five in the morning? Is everything OK?’

I can hear the concern in his voice. Even though he’s three years younger than me my bother has always been the protective one.

‘I’m in London, remember?’
Thankfully he does. ‘Of course! The big surprise. How is it? Are you having a lovely time?’
‘Not really,’ I say. I don’t know how to begin to tell him that I’m currently sitting on my bed looking at a suitcase full of another woman’s clothes. That I found unfamiliar toiletries in my bathroom. That a week ago I had both a job and a boyfriend that I loved and now I don’t seem to have either.

So as you see, not a particularly hilarious opening but knowing Jane Fallon’s style things will begin to get funnier once the dust settles on this scene.

So would you keep reading?
Your thoughts in the comments box are always gratefully received. 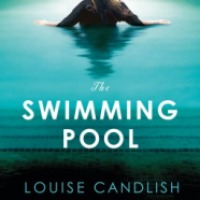