So I am very soon departing for sunnier shores and have spent endless hours sorting out piles of books to take, both physical and kindle versions because I can’t take the risk of being without suitable reading matter. As always I have been wildly optimistic on how much I will read but I certainly won’t be short of choices.

First up, courtesy of NetGalley I have a copy of The Good Girl by Mary Kubica 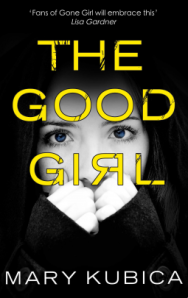 ‘I’ve been following her for the past few days. I know where she buys her groceries, where she has her dry cleaning done, where she works. I don’t know the colour of her eyes or what they look like when they’re scared. But I will.’
Mia Dennett can’t resist a one-night stand with the enigmatic stranger she meets in a bar. But going home with him might turn out to be the worst mistake of Mia’s life…
An addictively suspenseful and tautly written thriller, The Good Girl is a compulsive debut that reveals how, even in the perfect family, nothing is as it seems…NetGalley

A colleague at work has suggested Margaret Yorke as an author I might enjoy so I now have a copy of A Small Deceit originally published in 1991. This is a small book so easily tucked into the suitcase. 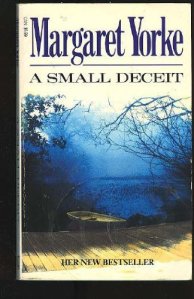 William Adams is a killer who has never been convicted for murder. He has never confessed, even when convicted of rape and criminal assault. Nor has he admitted to the other attacks upon women. He feels no remorse, no pity for his victims. He despises them.
Now, having served his sentence in full, he is free, subject to no supervisory control. He has some money put away. He can assume a new identity and disappear.
At a quiet guesthouse on the outskirts of a country town, Adams recognizes someone from his past, someone also staying there under an assumed name, someone who must have recognized him.
From this chance encounter, a nightmarish chain of events is set in motion, and the lives of many people who should have been immune to threat and blackmail, fear and violence, are profoundly changed. Goodreads

I also have a copy of Rage Against The Dying by Becky Masterman following a particularly good review by Bibliobeth who convinced me with the phrase ‘can I just re-iterate how refreshing it is to read a crime novel where our main character is an intelligent and very feisty OLDER woman.’ Read her full review here 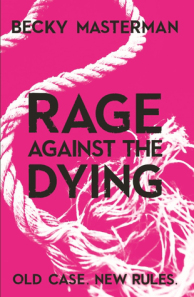 In her hey-day, ex FBI agent, Brigid Quinn, not only worked serial killer cases but became their prize. Small and blond, from a distance she looked vulnerable and slight…the perfect bait to catch a killer. But as Quinn got older, she realised she needed to find a protégé, a younger field agent to take her place. So Quinn trains a twenty-two year old and lets her loose in the field. The plan works. Until the Route 66 killer not only takes the bait, but kills the bait.
Years on, Quinn is trying to move past the fact that she has a young woman’s death on her conscience. She’s now the perfect Stepford Wife – until she gets a knock on her door. The girl’s body has finally been discovered. Quinn is pulled back into the case and the more she learns about the killer the more she comes to believe, despite the overwhelming forensic evidence to hand, that they have the wrong man. Amazon

Also under consideration is Buried A Man I Hated There by Adam Pepper. Doesn’t that title just scream beach read?

Jack Maddox is distraught after the mysterious deaths of his wife and young daughter. His head constantly aches and his memories are hazy and lost.
Heidi, his wife’s twin sister, does her best to help Jack cope. Ever reliable and dutiful, she encourages Jack to move on with his life.
Each Valentine’s Day, they meet in a field in rural Vermont for a picnic in the snow.
Jack has a secret that’s buried deep. Heidi has a secret of her own. Will they unravel their secrets, or will their secrets unravel them?
Salvation lies hidden in the snow, and in each other. Amazon

Also being considered is a book set in the Blue Mountains; Currawong Manor by Josephine Pennicott

When photographer Elizabeth Thorrington is invited to document the history of Currawong Manor for a book, she is keen to investigate a mystery from years before: the disappearance of her grandfather, the notorious artist Rupert Partridge, and the deaths of his wife, Doris, and daughter, Shalimar. For years, locals have speculated whether it was terrible tragedy or a double murder, but until now, the shocking truth of what happened at the Manor that day has remained a secret.
Relocating to the manor, Elizabeth interviews Ginger Flower, one of Rupert’s life models from the seventies, and Dolly Shaw, the daughter of the enigmatic ‘dollmaker’ who seems to have been protected over the years by the Partridge family. Elizabeth is sure the two women know what happened all those years ago, but neither will share their truths unconditionally. And in the surrounding Owlbone Woods, a haunting presence still lurks, waiting for the currawongs to gather…Goodreads

Please share your Friday Finds with me, because once I’ve put a severe dent in the TBR with the holiday reads I’m sure I’ll need some new books to replenish the gap.