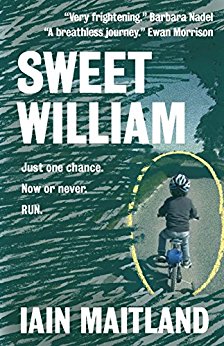 Sometimes when you have quite a few books on your TBR, many of which I have added because of the wonderful reviews my fellow bloggers have written, I don’t remember any of the details of quite why I bought them. In my defence I read many books and even more reviews of books so I can’t be expected to remember the finer details. So in short it isn’t that unusual for me to dive into a book with only a faint idea of what to expect. I can safely say, I didn’t expect what I got with this book, one that is anything other than forgettable.

Raymond Orrey has a plan. He is going to escape from the psychiatric unit, his current home to find his son William and take him away to the South of France to live a blissful life. Orrey is not mad, not like his fellow guests at the Nottinghamshire hospital, he doesn’t dribble or rock himself, he’s planned his escape, as well as he possibly can and he knows where he needs to get to. To the house in Aldeburgh where his son William is visiting with his ‘new’ parents, to attend the parade for Halloween and maybe to have a ride at the funfair. Raymond is going to take William away to a better life, with him, his father.

William is really quite small but he’s had a hell of a disrupted life in that short time and although the short break in the holiday home isn’t friction free – after all, families all have their tensions especially when more than one generation gathers at a time and his ‘grandparents’ are part of the treat. William is also diabetic and not a fan of having his blood tested for sugars.

What follows is mad. Not a politically correct word I’ll admit but the most suitable one. Reading Sweet William is a bizarre experience. Raymond Orrey gives us a blow by blow account of his escape and his thoughts. We are drawn into his world when he seems to ask advice when his plans go awry. Seeing as he didn’t really have any beyond escaping and travelling to his son, this happens frequently. Should this man run or try to blend in with the crowd? Would the police be looking for him or does he have time before they are alerted? We have the questions and then see what he chose in the next chapter – this goes on for 48 hours and is exhausting. Why? Because it pulled this reader entirely into a world where it is hard to keep reminding yourself that Raymond is mad, most likely very dangerous and it doesn’t matter how many times he tries to convince you otherwise. Of course we are never convinced by those who need to repeatedly tell us they aren’t mad but this author has written this so well that sometimes despite this, you get drawn into Raymond Orrey’s chaotic world so that when he weighs up his options you find yourself predicting which, if any, will be the most successful whilst keeping in mind the careful care needed to keep William safe and well, care I wasn’t sure his father would manage.

This is an unusual piece of crime fiction, I’m so glad I took Fiction Fan’s advice, the skill of the writer is abundantly apparent even if the title is entirely misleading, this is the darkest read I’ve unexpectedly fallen into in a long, long time! That said I can’t wait to see what this author produces next.

This is the 18th book I’ve read and reviewed as part of my Mount TBR Challenge for 2018. I am aiming to read 36 books across the year from those purchased before 1 January 2018. Sweet William was purchased on 28 December 2017 thereby qualifying by the skin of its teeth! 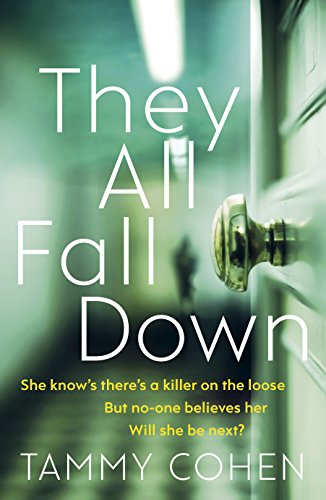 For those of you who read my blog regularly you’ll already know that I am a huge Tammy Cohen fan and it is only due to unforeseen circumstances that this review wasn’t posted prior to publication of her latest psychological thriller They All Fall Down on 13 July 2017. The good news is that if you want to read this in eBook format it is currently at the exceptionally low price of 99p.

The setting of this latest novel is in a private psychiatric clinic and right from the off there is a feeling that Hannah isn’t there of her own volition, but quite why and what happened before is left in the shadows. This isn’t the only mystery though, two women have died at the small clinic and Hannah is worried that they weren’t the suicides that everyone presumes. The problem is Hannah clearly has problems and she’s not being taken seriously by anyone, least of all her husband Danny who is becoming increasingly frustrated with what he thinks is her continued paranoia.

Once again Tammy Cohen has the pace absolutely nailed down. Now I’m somewhat a connoisseur of psychological thrillers, I know the wily tricks authors play to keep the facts hidden in order to ensure their twists give the maximum punch to the guts, and I confess this knowledge has tarnished the more amateur examples, but in this instance, there were enough clues given so that any twist felt far less artificial. Our main narrator, Hannah, by the very fact of her setting can be considered to be unreliable but we have other narrators including her fabulous mother Corrine. Corrine is so desperate to help her daughter no matter what she has done but she is also a realist who isn’t going to blindly go charging in without testing some of her daughter’s theories, so she turns detective. As always with this author all of the characters are carefully drawn, one where each time we meet them we learn a little bit more, sometimes coming to a different conclusion. This is particularly difficult with some of the issues Hannah’s fellow patients suffer from and I have to confess while racing through the book, I was also just like Hannah trying to leave the confines of the claustrophobic clinic.

If twists and turns enhanced by the fabulous pace aren’t enough to tempt you to read this, I must also mention the dialogue which is absolutely pitch perfect. With so many of the interactions between the characters betraying something which is key to the storyline, particularly those between the doctors and patients – those group meetings rang so true and at times the words on the page cut deep and I winced as the subjects battled both internal and external demons.

One of my issues with some books in this genre is the reliance on twists which is now the selling point rather than the original notion which was to explore the psyche, to my delight They All Fall Down manages both, we have the time to reflect on actions of the characters, and how their emotions can lead to them acting in the way that they do, but we also have some brilliant twists which in this case weren’t the ones I was expecting at all.

I’d like to say a huge thank you to the publishers Black Swan who kindly sent me an ARC of They All Fall Down, and to Tammy Cohen for writing this brilliant novel.

I love a good psychological thrillers and the ones I enjoy the most have characters in a situation which if I’ve not been in, I can easily imagine – How I Lost You is not one of those. The main protagonist is Susan Webster who has spent time in a psychiatric hospital accused of the murder of her son whilst in the grip of post puerperal psychosis. Now by sheer coincidence this is the second book I’ve read this month featuring this condition but I’m glad to say that didn’t really help me to put myself in Susan’s shoes.

Susan leaves hospital knowing no-one except her former roommate, the feisty Cassie, and moves to a small town as Emma Cartwright. She sets up home still not able to remember what happened on the night Dylan, her son died, and volunteers at a local shelter alongside Cassie. Unable to disclose her secret she struggles to really connect with anyone she meets. One morning she receives a photo of a young boy that had writing on the back suggesting that Dylan may still be alive and she struggles between fearing she’s losing her mind or that Dylan is really alive. Secondly she has to worry about who knows who she really is? The only people who know the truth is her probation officer and Cassie.

This is a psychological thriller that in order to enjoy it, you have to go with the flow, and after being slightly irritated at the start with the stilted monologues (never a good idea) where she does the endless struggling as mentioned above, as further clues begin to appear I was able to put these aside and enjoy the book for what it was. Whether that was because the experience Susan is so far outside what I know that I was able to accept her decisions without scoffing at the somewhat obvious stupidity at times, or because of the pace of the book, I’m not sure. What I do know was that I had to know what happened, especially as the excerpts written about a group of schoolboys in the early 1990s which didn’t appear to be connected to the story in any way whatsoever but slowly the strands come together.

Once the background has been laid the pace of the book really picks up and following the entrance of the journalist Nick who seems eager to help Susan to find out what really happened to Dylan, and unusually not for the purposes of a great story on a child-killer, there is plenty of action as they visit those characters who attended her trial. What they find is a mystery more complex than they or certainly I, ever imagined.

There is a mixture of characters from the crazy to the downright bad and few who are genuinely nice people but it is precisely this unconventional spread that is necessary for the tale being told and the maintenance of the tension because you simply don’t know what dramatic event will be around the corner.

A must-read for lovers of psychological thrillers who are in the mood to enjoy a well-told tale and take it at face value.

This great debut novel tells a poignant story which deals with serious issues sensitively and without being melodramatic about it. Split between the early 60’s narrated by Maggie, a young woman who leaves home to follow her dream to make props for a theatre company, and 2008 – 2009 by Jonathan a teacher at a secondary school. Both tales are well written and successfully authentic.

If anything I enjoyed Jonathan’s story more than Maggie’s which is an accolade to the author’s ability to bring his story to life rather than focussing on that of Maggie’s which is mainly set in on a psychiatric ward unable to piece together what had led to her being there. The skilful way the author draws a picture of the surroundings, from the boarding house to the sea at Hastings, along with the edge of suspense to what is essentially a familiar story made it hard to believe this is the author’s first novel. I was particularly glad that this is one of those books which had a proper ending, one that I have to confess brought a tear to my eye.

Susan Elliot Wright is definitely an author I will be looking out for in the future. 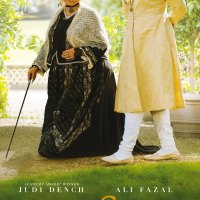 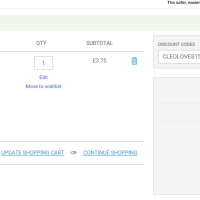 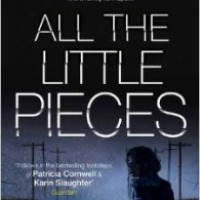 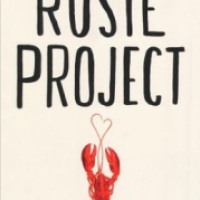