The book starts with all the required elements of a farce but whilst it is hugely entertaining, the author’s keen eye gives us something a little more complex than humour.

When Selina Busfield is woken in the middle of the night she is as much confused as worried. All that rapidly changes when the policeman outside asks to come in and when he makes his way into her beautiful London house he delivers the news that her husband Simon has been found dead in the Thames. Selina is mystified as to how this could possibly be; as far as she knew he was due home the next day from working in Dubai.

On the day of the funeral Selina is still trying to piece together the sequence of events with her three children but what she didn’t expect was to meet another Mrs Busfield. Mrs Lottie Busfield who has been married to Simon for 17 years is in attendance complete with her teenage daughter!

If a bigamous marriage, a dead husband and devastated children weren’t enough, this is a book chock-a-block with shocks which Tamar Cohen bounces through the pages with aplomb. With Simon dead and buried the two women examine how they could possibly not have known about each other. They also reflect on their differences. Lottie is the opposite to Selina, being far more of a free-spirit, and skint to boot. As the inevitable legal matters arise following Simon’s death the pair need to reach some sort of dialogue.

This story really does rattle along at a fair old pace helped along by a hand-off of narratives between Selina and Lottie as they take stock of their lives. Each part of the book is named after the five stages of grief; denial, anger, bargaining, depression and acceptance and our characters are made to work through these stages in exceptionally unusual circumstances. This author never fails to amaze me, because this is a perceptive book about loss that will resonate with many readers although hopefully not so many will have found themselves in quite such a predicament as this lot. Because Selina and Lottie, whilst being the main protagonists have their own relationships to maintain, principally with their children who are grieving their perhaps not so dearly departed father now unpleasant truths have come to light.

Incredibly the author has managed to squeeze some action in between the fabulous character studies and the complex emotional journey that Simon’s death has caused the two families; there is danger hiding around the corner, one that means precaution and action is required to keep both families safe!

Very few books can pack so many contradictory emotions into one book without it feeling as if it is a novel that doesn’t know what it is supposed to be, somehow the author avoided any such doubt in a book that had me gasping in sympathy at one moment while sniggering at some sharp humour the next. Quite simply the writing is incredibly perceptive yet sprinkled with humorous observations about life, love and loss.

I have followed Tammy as she is now known, from the Mistress’s Revenge through to her latest dark novel If She Was Bad but somehow I had missed this, her second book despite the fact that I kept reminding myself to read it. I’m so glad I did, if you haven’t sampled this author’s work, you really should.

Other Books by Tamar (aka Tammy Cohen)

My finds include A is for Angelica by Iain Broome, I first heard about this book at Words and Peace and it has made its way onto my kindle.

Gordon Kingdom struggles with the fate of his seriously-ill wife while patiently observing and methodically recording the lives of those around him: his neighbours. He has files on them all, including Don Donald (best friend and petty thief), Annie Carnaffan (lives next door, throws footballs over the fence), and Benny (the boy who paints with his eyes closed).
Then there’s Angelica, the new girl (42) on the street, with her multi-coloured toenails and her filthy temper. It’s when she arrives that Gordon’s world of half-truths really begins to unravel. Faced with a series of unexpected events and a faltering conscience, he’s left with an impossible decision.
Because in the banality of everyday life, what would you do if the unthinkable happened? Amazon

A is for Angelica

Having really enjoyed The Mistresses Revenge by Tamara Cohen I was thrilled to be given a free copy of Someone Else’s Wedding courtesy of Netgalley.

Mr & Mrs Max Irving request the company of:
Mrs Fran Friedman, mourning her empty nest, her lost baby, the galloping years, and a disastrous haircut.
Mr Saul Friedman, runner of marathons, avoider of conflicts and increasingly distant husband
The two Misses Friedman, Pip and Katy, one pining over the man she can’t have, the other trying to shake off the man she no longer wants
At the marriage of their son James Irving, forbidden object of inappropriate and troubling desire
For thirty-six hours of secrets and lies, painted-on-smiles and potential ruin. And drinks, plenty of drinks.
There’s nothing like a wedding for stirring up the past. As Fran negotiates her way from Saturday morning to Sunday evening she is forced to confront things she’s long thought buried, sending shockwaves through her family, and to make decisions about the future that will have far-reaching consequences for them all. Amazon

This looks like a fun read which has already been published in hardback – the paperback is due out on May 8, 2014 .

Siblings Billa and Ed share their beautiful, grand old childhood home in rural Cornwall. Their lives are uncomplicated. With family and friends nearby and their free and easy living arrangements, life seems as content as can be.
But when postcards start arriving from a sinister figure they thought belonged well and truly in their pasts, old memories are stirred. Why is he contacting them now? And what has he been hiding all these years Goodreads

Postcards from the Past

While staying with my brother and borrowing his book on Rose West I also acquired his lovely A.A. Milne book Winnie the Pooh: The Complete Collection of Stories & Poems.

The A.A. Milne poems were literally a life-saver. I remember vividly one crazy day with a young baby and toddler. Having recited Forgiven many times, I was stood cooking fish-fingers for little ones dinner whilst nursing the baby (probably not a recommended, but needs must!) whilst distracting a rampaging, hungry toddler with a duet about Alexander Beetle. I’m sure anyone had witnessing this literary moments would have wondered whether every day involved quite so much multi-tasking, it did!

For those of you who haven’t had the pleasure and for my fond memories of calmer recitations I share Forgiven, and for any parent of young children – poems are great,no book is required so  you can carry on with one-hundred other activities at the same time!

She said that she was sorry, and I really mustn’t mind,
As there’s lots and lots of beetles which she’s certain we could find,
If we looked about the garden for the holes where beetles hid –
And we’d get another match-box and write BEETLE on the lid.

We went to all the places which a beetle might be near,
And we made the sort of noises which a beetle likes to hear,
And I saw a kind of something, and I gave a sort of shout:
“A beetle-house and Alexander Beetle coming out!”

And Nanny’s very sorry too for you-know-what-she-did,
And she’s writing ALEXANDER very blackly on the lid,
So Nan and Me are friends, because it’s difficult to catch
An excited Alexander you’ve mistaken for a match.

Winnie The Pooh : The Complete Collection of Stories & Poems

So yet another wonderful book for acquiring books although I haven’t read most of the books I planned to in November – Oh well! 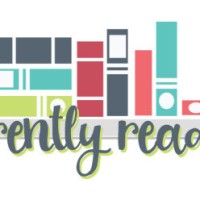