I came across this book via a blog (unfortunately now deleted) and was intrigued by the concept of such a large age-gap.   I know this isn’t what you instantly think of as a good beach read, but I loved it!  This book was simultaneously what I expected and something entirely different to how I thought it would be presented.

I knew from the blurb that it was the story of Natalie Lucas who at sixteen embarked on a relationship with a family friend of sixty-one. What I didn’t expect was such a rich tale covering so much more than ‘just’ the relationship and even better it is very well written!  It is entertaining and seeringly honest,  a winning combination.

Told by Natalie this isn’t a book of a woman expressly blaming the man in question for grooming and manipulating her; instead it left to the reader to draw their own conclusions from the apparently honest appraisal of what happened. That said of course each reader will bring their own history and preconceived ideas to the table.
This story will resonate with anyone who has kept a secret, lied to keep a secret, dealt with a manipulative partner or been in the eye-of-the-storm when a relationship breaks down. A word of warning for those who don’t like explicit sex in their reading matter, this won’t be for you!

Natalie’s story is all the more powerful for the seeming lack of over-dramatisation or projecting her adult-self onto the pages, which lest we forget, is about a very young girl.

A fascinating read which I devoured whilst silently urging the young Natalie to realise what was happening to her. For those readers in the UK this is currently available on kindle for a bargain 99p.

Sadly the week before my holiday I realised my original Kindle Keyboard had died, the screen just wouldn’t clear previous images. KK did me well lasting 3 years (almost to the day) so it was off to order a newer model to avoid my holiday reading being thrown into disarray!  Being a list maker and my holiday reading list had been in production since May as books were swapped in (and more rarely) out, tracked on eReaderIQ for those crucial price drops  until a select few were chosen to accompany me on my 2013 holiday!

My new Kindle arrived on island, two days later I had the magic card through the letter box instructing me to take my id and card to the post office.  I woke up bright and early on the day of departure, rushed to the PO and quickly transferred the relevant books ready for reading.

So what did I read? 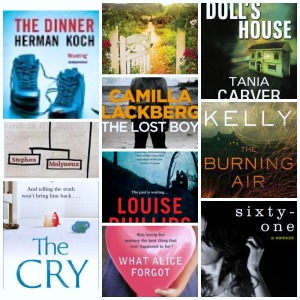 Sixteen Sixty-One was an even better read than expected.  I think that anyone who has been in  a difficult relationship will relate to elements of the story related by Natalie Lucas. This is not a poor little me story as I had half-expected, rather it lets the reader see how the relationship started, and why it continued. Best memoir this holiday!

The best historical read was The Silent Tide by Rachel Hore set in the late 1940’s, perfect for book lovers as it concerns the world of publishing and authors!

This is where I confess that for all my planning I had a DNF this year. 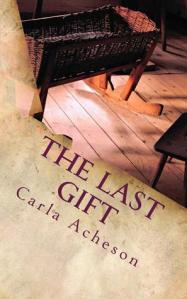 I read about a fifth of this before I decided that I couldn’t spoil my holiday with a poorly researched book. I’m not quite sure what the time setting for this tale but believe it was the mid nineteenth century. The problem I found it hard to believe a number of things:
Parents have only one child following death of twins born when said child was 6 (possible but not typical)
Catholic’s mentioning going to chapel
Being so poor yet far fewer mouths to feed than many at that time (one child was not common at that time)
Mother able to write letters but daughter had to wait until she was a nursemaid to learn how to read them from the governess (which she mastered really quickly of course)

So this one was not for me and Carla Acheson will have to depend on far more forgiving readers than me.

The winner of my award for perfect beach reading was What Alice Forgot by Liane Moriarty mainly for its novel approach to a bit of romance although it must have been windy on the days I read this as my eyes kept watering! This is quite unlike The Husband’s Secret which is one of my favourite books of 2013 but the strength of writing shone through.

I have now added another downfall to e-readers.  Although I find mine essential for holiday reading, when everyone else adopts them I am unable to tell what is being read up and down the beach.  Out of the physical books I did spot The Husband’s Secret was the most common….

My favourite holiday read was The Burning Air by Erin Kelly for sheer mastery of story-telling with this chilling tale set in Devon. The book is set over the weekend of 1 November 2013 and is claustrophobic, surprising and populated by brilliant characters.

I have read books set in the Netherlands, Australia, Birmingham and Devon. I have read lots about mother’s relationships with their child(ren).  I have read two books called The Doll’s House (one by Louise Phillips and one by Tania Carver). I have thought about how I would react in all sorts of scary situations (I usually use my brave alter ego for these wonderings) and in short have read a great selection of books. I will be sharing reviews for each and every one over the next few days.

I’m now off The Guide Dog for the Blind Annual Book Sale because I clearly need some more books!