The Lie could be read as a cautionary tale of what could happen if you decide to holiday with friends. Fortunately most of us don’t end up in dire peril but I doubt that there are many of us that don’t have at least one story to tell.

My tales aren’t so much from a holiday but from when myself and a friend decided that we would come to Jersey and work for a season… that was 25 years ago and although she returned to the UK while I remained in Jersey, we are still very close friends. Most of those stories will never, ever see the light of day but are sniggered about over glasses of wine by the more mature and responsible women we have become!  Suffice to say the stories that can be told consist of dodgy boyfriends, hitch-hiking, misunderstandings with the locals and a complete load of pink washing that my bf swore was white, and of course she hadn’t put her red knickers in with our white work shirts.

Anyway enough about me, CL Taylor’s is here to share her Top Five Most Memorable Holidays with Friends*

We all love our friends, we wouldn’t keep them in our lives if we didn’t but one of the greatest tests a friendship can endure is a holiday together. When you spend a week with someone, when you’re in each other’s company for 24 hours a day, you see each other at your best and your worst. And that can make or break a friendship.

When I was researching THE LIE, my new psychological thriller about four friends who go on holiday together and find themselves in a situation so dangerous they have to run for their lives, I asked my Facebook friends to let me know about any awful holidays they’d had with friends. Wow, I could have written another three books with all the stories I heard – friends attaching themselves limpet-like and refusing to do anything alone, friends abandoning each other and friends disappearing off with their boyfriends for the entirety of the holiday. I’m lucky in that I haven’t had any awful holidays with friends but I have had some memorable ones. Here are my top five…

My trip to Ibiza aged 21 was my first ever holiday abroad without my family. I’d just graduated from university and it was supposed to be a last gasp hurrah with my friend Mel before we decided what we were going to do with our lives. This was the holiday that very nearly didn’t happen as Mel discovered, during the car drive to Birmingham airport, that her passport was out of date. Cue a quick U turn, lots of frantic phone calls and fingers crossed that the Ibizian embassy would accept an out of date passport. Thankfully they did.

Most memorable moment: Running into the sea in my new indigo-coloured, knee-length skirt and emerging a couple of minutes later with purple dye dripping down my legs.

Milly and I were both single and desperately in need of of a break abroad to soak up some sun and swim in a crystal clear sea.

Most memorable moment: I went scuba diving for the first time and nearly had a panic attack when the instructor guided me into a cave and indicated that I should hang onto a rock. I had no idea what was going on until he whipped out his underwater camera and took a photo of my terrified face.

I went to the South of France with four friends. We hired a villa with our own private pool and spent our days exploring the Cité de Carcassonne, browsing the artisan shops in the nearby towns and going on wine tasting tours. We may have had slightly too much to drink after the wine tasting tour on the penultimate day as a HUGE row erupted between two best friends in our group. The last day of the holiday was a tense one as they studiously ignored each other and the rest of us pretended that we were still having a loving time.

Most memorable moment: Turning our tongues purple during wine tasting.

I’d never been to New York before and when a friend announced that Virgin were having a sale on tickets and would I like to go over there to help her celebrate her birthday I jumped at the chance. It was the most astonishing trip. It’s true what they say about feeling like you’re on a movie set when you walk around New York. Everything is so familiar and Times Square in particular blew me away.

Most memorable moment: I am terrified of heights so wasn’t hugely keen on following the others up the Rockefeller Centre but I knew it afforded the most amazing views of New York – views I might never get to see again – so I agreed to go with them. Once we were at top my stomach dropped away and I froze. The tower was shaking beneath my feet. My friend told me it was all in my head but, once we were on firm ground again, she admitted that she’d lied to reassure me. It HAD been shaking.

This was the biggest adventure of my lifetime and the holiday that inspired THE LIE. I’d never been to Asia before and it was the biggest eye opener of my life. There were monkeys in the streets, the ‘traffic system’ was non existent and the rain was monsoon-like. It was like stepping into a completely different world. The trek up the Anna Purna range was HORRIBLE, my thighs and feet ached like they’d never ached before but to stand on a mountain where you’re higher than the clouds is the most astonishing feeling in the world. Unlike the girls who go to the fictional mountain retreat in THE LIE we all got along famously.

Most memorable moment: Nearly drowning whitewater rafting. We were all tipped out of our dinghy as we tried to traverse the rapids and I dropped so deeply into the water that, when my lifejacket tried to bob me back to the surface, I found myself directly under my friends’ feet. They stamped on my helmet, with no idea that I was beneath them, and I inhaled quite a lot of water. When I finally surfaced I barked like a seal each time I inhaled. Never, ever again!

My Book Review: The Lie by C.L. Taylor

C.L. Taylor has chosen one of the most the under-represented relationships to feature in psychological thrillers for The Lie which features friendship. When Al breaks up with Simone she is distraught and takes to stalking her and her new partner on facebook and in real life. Her three closest friends from their days at Newcastle university; Emma, Daisy and Leanne decide that action is needed and hit on a holiday to a retreat in Nepal where there is no internet, to help Al break the cycle and learn to let her failed relationship go.

In the present day we meet Emma Woolfe who has moved to Wales and works in an animal sanctuary, has a fledgling relationship with a teacher and is happier than she has ever been, but for some reason she is no longer Emma, she now goes by the name of Jane Hughes. Worse still an anonymous letter alerts her that someone has tracked her down. And so the questions begin; What happened on the holiday? What is she trying to conceal? And who is trying to expose Jane?

Told in alternating scenes from five years previously on the trip and in the present day the author maintains the tension exceptionally well. This book works so well as an expose of the unsavoury side of female friendships without the accompanying mystery that it makes for quite uncomfortable reading at times. I certainly recognised some of the individuals although the author stops well short of creating stereotypical characters. With the cracks in their friendship already present before the trip, the author perfectly captures how allegiances are formed to serve ulterior motives and in this tale each member of the group did their best not to be excluded from the pack, probably a wise move in a setting where the rules of normal life had been swept away and substituted for those of a new age cult.

There is also a good sense of place with the descriptions of Nepal beautiful and evocative so that I could imagine the scenery although I wouldn’t have been too keen on the trek to the Ektanta yatra retreat. During that scene I could almost feel my muscles burning as the group followed their guide up the rough path and equally could visualise their relief when they were welcomed with a cup of chai.

I am a huge fan of psychological thrillers and in this crowded genre it is great to find something that stands apart from the crowd, The Lie does exactly that from the unusual setting to the relationships being put under the microscope. That accompanied with the excellent pace which has tension ratcheting up in both the past and the present, this is a great addition to the genre.

I’d like to thank the publishers Harper Collins UK for allowing me to read this great book which will be published on 23 April 2015. If you can’t wait that long you could always get yourself a copy of the author’s debut The Accident which I also highly recommend.

Do you have any memorable holidays you are prepared to share? 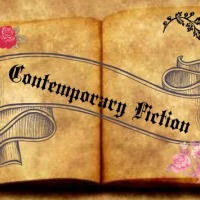