What a delightful read with a vein of honesty running through Clover Quinn and her father, Darren’s story.

Clover has just completed her first year at secondary school and Darren has conceded that she no longer needs to spend her days with their elderly neighbour Mrs Mackerel and so with the long summer holiday stretching before her Clover decides on a project. Inspired by a trip to Liverpool’s Maritime Museum and having a conversation with one of the curators, she is going to sort through all her Mum’s belongings and find out all about her. Then she is going to display her findings in the second bedroom, complete with cards explaining each item in the display.

Carys Bray has perfectly captured the mind, and voice, of a twelve year old who is just realised that friendship at secondary schools are more judgemental than those at primary, that her father who is trying his best, doesn’t get everything right and that other’s around her have challenges of their own, and just sometimes Clover can help. Clover also knows that there is a mother shaped hole in her life, and all Clover has is a couple of blurry photos, the tale of how she was born on the kitchen floor with dear Mrs Mackeral in attendance, and then… nothing.

So the project starts, interrupted by the necessary job of going to the allotment, delivering the produce to her Grandfather and Mrs Mackeral who checks up on the progress of the scarf that Clover is knitting for her father. Mrs Mackeral is the comedic element to what is an emotional tale, no matter how up-beat the presentation, and whose malapropisms had me chuckling as they are flung about with abandon always at high volume.

Clover’s first job is to sort through the jumble of items that have been flung into what was her mother’s bedroom, although the hoarding spreads throughout the house, this is the worst area. Having inched her way through envelopes containing promotions for holidays, towels and bed linen it is a while before Clover finds any real essence of her mother but she’s determined to do so.

The brilliance of this book is that all the elements come together in such a beautiful package; the writing is evocative, it was as easy to roll back the years to engage with Clover as it was to sympathise with Darren over the enormous responsibility of caring for Clover since she was just six weeks old. His determination to both love and protect her comes shining through and yet of course we know that placing Clover at the centre of his world has had a knock-on effect on the rest of his life. The author hasn’t however given us a saint, Darren gets irritated, particularly by Uncle Jim who suffers from depression, with his Dad who no longer leaves his home happy to research all sorts of things on his computer and with the occasional passenger on his job as a bus driver, unsurprising as this wasn’t Darren’s plan for his life – long ago he was going to be living a different life entirely, but things change. Added to that we have the wonderful characters, all of them from Mrs Mackeral who I initially disliked, maybe a throw-back to my own childhood which seemed over-run with characters like this, to Uncle Jim and Dagmar who is lost in her own way but teams up with Clover on her trips to the allotment. But what I loved most of all were the truisms that turn up in the most unlikely places throughout this book:

One of the surprising things about adulthood is how few people accompany you there and what a relief it is to occasionally talk to someone who knew the child you and the teenage you , someone who had seen all your versions, every update and stuck with you through all of it. That’s really something.

I was worried that this book may be too saccharine for my tastes, but evidently not, this isn’t one of those that obviously makes a play for your emotions but creeps up over you until you can’t help but want the best for each and every one of the people that grace the pages, even those whose stories can’t be changed. It is a very rare book indeed that makes me shed real tears – this book was one of them!

I’d like to say a huge thank you to Random House UK who allowed me to read a copy of The Museum of You, this unbiased review is my thanks to them. 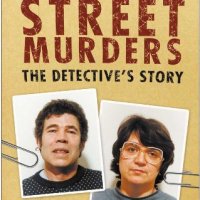 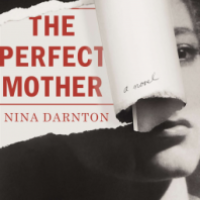 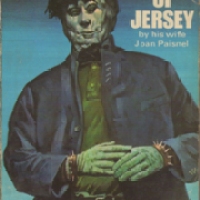 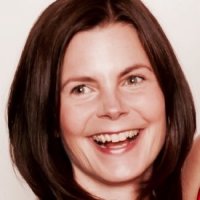