Camilla Läckberg has provided this reader with another meaty read in this the tenth in the Patrik Hedström and Erica Falck. This story is lengthy and involved. Readers won’t be able to stop themselves remembering some real-life crimes, especially those involving child-killers with the most obvious inspiration being drawn from Anne Perry and her friend Pauline Rieper, not a comfortable subject at all.

The main story is that set in the present day of the disappearance of four-year old Nea Berg from the same farm that another four-year old child went missing from thirty years before. Then Marie and her best friend Helen were accused of murder at the tender age of just thirteen. This is therefore in true Camilla Läckberg style a crime in the past with parallels in the present.

What makes the disappearance of Nea Berg all the more chilling is that Marie Wall had returned to Fjällbacka in her role as Ingrid Bergman in a new film. Marie had used the crime she was accused of thirty years ago to help propel her into Hollywood stardom, and it had worked but she had not set foot back in the small Swedish town since she left all those years before. Helen meanwhile had married a local man aged eighteen and lived a quiet life now mother to a teenage son she is fearful that Marie’s return will encourage the story to come to life again.

The chapters each cover many viewpoints each including scenes at the police station as our old favourites interview witnesses, pour over forensic reports and the ever dependable station chief Bertil Mellberg gives television interviews and interferes in Patrik Hedström’s handling of the case. As always it was great to catch up with everyone in Fjällbacka’s Police force and it does provide some much needed light relief in this dark and disturbing tale.

Erica already had a book in the pipeline about Stella Strand and her two accused killers and so when parallels are drawn between the crimes she is on hand with her notes so far, and the interviews she continues to hold with key people from the time.

Interspersed with the current investigations and happenings are chapters on The Stella Case giving the reader insights that haven’t necessarily been discovered, including those thoughts of the lead investigator. Intriguingly there is also a far older tale to be told that of Elin Jonsdotter in Bohuslän in 1671, what relevance this strand has remains a mystery for much of the book. If all that wasn’t enough the author includes another strand about Syrian refugees.

I enjoyed this greatly although I was reminded why I normally save these novels as holiday reads; The Girl in the Woods is a whopping 592 pages long and packed full of information which doesn’t necessarily lend itself to short bursts of reading. For the first time in this series I did have moments where I wondered if the author had been slightly over-ambitious in the amount of different strands that run through the book, not that it was confusing, far from it, but the read felt far darker overall than the previous books in the series, and they were hardly laugh a minute reads. However, if you are a fan, as I am, there is much to feast on not only while you are reading this book but there are bigger themes and philosophical questions to ponder long after you finish the last page.

I’d like to say a huge thank you to HarperCollins UK who allowed me to read advance copy of The Girl in the Woods before publication on 22 February 2018. This unbiased review is my thanks to them.

16 thoughts on “The Girl in the Woods – Camilla Läckberg” 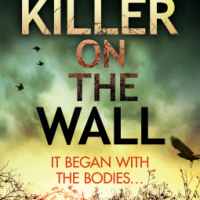 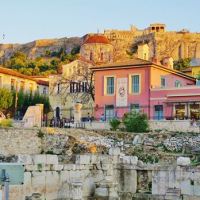 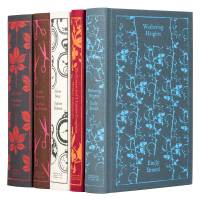