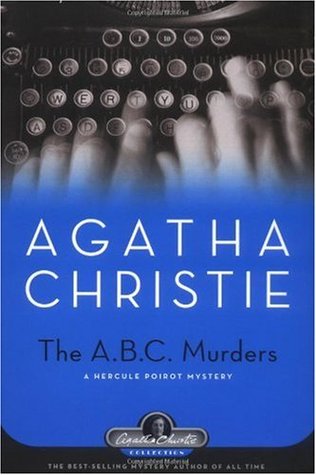 Hercule Poirot in this, the thirteenth book written about him by the Queen of Crime, Agatha Christie, is according to our dear friend Captain Hastings, a wee bit bored with no juicy crimes to solve. How fortunate then that he should receive an anonymous letter from someone signing themselves A.B.C.

I can’t say any more about this book without commenting on the then relatively unused style of alternating between a first person narrative by Captain Hastings and third person narrative provided by the same Captain Hastings but pertaining to be from another character. Needless to say we are now used to our author’s playing games with viewpoints but back in 1936 when the book was first published it was quite unexpected, but apparently well received.

Of course despite Hasting’s speculation that the event foretold in Andover may well be a burglary, Poirot is sure it will be murder, and of course he is right. Mrs Alice Ascher is killed in her ‘cheap’ tobacco and paper shop and left on the counter is a copy of the ABC railway timetable.

One of the things that has most enchanted me re-reading these novels is the very thing that passed me by when I first discovered them as a child. Whilst the murder mystery itself easily stands the test of time there is something about the everyday items and attitudes that surface now and again which instantly makes you realise this was first read, possibly by my grandparents when they were far younger than I am now! I mean you barely hear about maps nowadays let alone a book of railway timetables that people actually went and purchased! Although apparently my internet research indicates that there was a reprint done in 2010 named abc Guide for railway enthusiasts.

After Mrs Ascher’s death Inspector Crome, aware of the anonymous letter which saves the drunken errant husband of the deceased woman from suspicion, is condescending towards Poirot but he manfully rises above it, resplendent with his dyed hair and full moustache. Soon Poirot gets another letter indicating that the next murder will happen in Bexhill and challenging Poirot to solve the case. It’s fair to say the police don’t have a clue and nor does it seem that Poirot has much idea which direction to proceed except to chase around the country by train to the destinations given in the letters, but he has the victim’s family and friends to keep him busy while he waits…

A little later in the book it is commented on that each of the victims, I don’t think I’m giving much away to say we got passed the letter C, had their own little drama going on that would make for a good story, and it’s true. One of the delights is the varied age and disposition of the victims and their families which almost defies the long-held belief that Agatha Christie isn’t great at developing her characters as she certainly packs enough into this little book to satisfy this reader. A particular mention has to be given to  the wonderful Doctor Thomson who is intent on profiling the killer – again who knew that such methods were around in the 1930s?

Of course with the crimes happening up and down the country although always in places where a traveller has a convenient railway station to alight and depart from, the traditional gathering in the drawing-room to reveal the killer isn’t quite possible, but fear not, Hercule Poirot and his little grey cells does not disappoint in the dénouement.

So this book having been purchased in Bath in November 2017 is the first entry on my Mount TBR Challenge 2018 and earns me one-third of a book token. 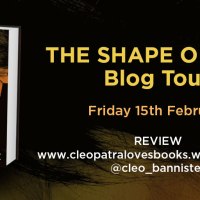