Well the final wrap up from me before Christmas so I am going to start this post by wishing you all a Very Happy Christmas, I do hope Santa is kind to you all and brings you lots of lovely books.

The week started with a review of Melanie McGrath’s Give Me the Child in which I made some commentators snigger with my attitude towards one of the characters.

I also posted a review on Tuesday, this time I had been waiting patiently for my stop on the blog tour for G.J. Minett’s Anything for Her. All three of this author’s books have now gained the full five stars from me.

On Thursday I posted a Christmas Thank You to NetGalley where I featured a tiny fraction of the brilliant books I’ve read through this fantastic resource.

My third review of the week was for The Dress Thief by Natalie Meg Evans, a historical story set in the world of haute couture in Paris in the 1930s.

My final review of the week was for His Kidnapper’s Shoes by Maggie James which had also lingered on the TBR for quite some time.

I was reading A Mother’s Confession by Kelly Rimmer, a book that I confess that I would never have picked up on the basis of the cover, but fortunately I have a whole selection of brilliant book bloggers to make sure I don’t choose my books on misconceptions but on the basis of your reviews. This was a fabulous, if somewhat horrific read (again that cover doesn’t even begin to hint at the darkness within its pages) about a woman whose husband is dead, a mother who mourns him and their story of the past and the present. More than that I really can’t say but after nearly a year of me badgering one friend who I thought would recognise some of the character types, she finally read it and sent me a huge thank you for the recommendation.

Your husband took his own life. Tell the truth and destroy what’s left of your family. Or keep a secret that will tear you apart. What would you do?

Olivia and David were the perfect couple with their whole lives in front of them. When beautiful baby daughter Zoe came along, their world seemed complete.

But now David is dead and Olivia’s world is in pieces. While she is consumed with grief, her mother-in-law Ivy is also mourning the loss of her son. Both women are hiding secrets about the man they loved. Secrets that have put the family in danger.

Something was very wrong in Olivia and David’s marriage. Can Olivia and Ivy break their silence and speak the truth? A mother should protect her child, whatever the cost… shouldn’t she? Amazon

Now I didn’t expect to have any ‘brand new’ books to share with you this week, but I was wrong – I was absolutely thrilled to receive a copy of Elly Griffiths‘ latest book in the Ruth Galloway series, The Dark Angel. This, the tenth book in the series will be published on 8 February 2018.

Dr Ruth Galloway is flattered when she receives a letter from Italian archaeologist Dr Angelo Morelli, asking for her help. He’s discovered a group of bones in a tiny hilltop village near Rome but doesn’t know what to make of them. It’s years since Ruth has had a holiday, and even a working holiday to Italy is very welcome!

So Ruth travels to Castello degli Angeli, accompanied by her daughter Kate and friend Shona. In the town she finds a baffling Roman mystery and a dark secret involving the war years and the Resistance. To her amazement she also soon finds Harry Nelson, with Cathbad in tow. But there is no time to overcome their mutual shock – the ancient bones spark a modern murder, and Ruth must discover what secrets there are in Castello degli Angeli that someone would kill to protect. NetGalley

I have also been following the blog tour for Blackmail, Sex and Lies by Kathryn McMaster which tells the story of Madeline Smith accused of poisoning her lover Pierre L’Angelier who’d moved from Jersey to Glasgow in the 1850s. Now I know this story having read some other books on the subject but who am I to resist another? Especially as it is on special offer during the blog tour.

Blackmail, Sex and Lies is a story of deception, scandal, and fractured traditional Victorian social values. It is the tale of Madeleine Hamilton Smith, a naïve, young woman caught up in a whirlwind romance with an older man, Pierre Emile L’Angelier. However, both lovers have personality flaws that result in poor choices, ultimately leading to a tragic end. For 160 years, people have believed Madeleine Smith was guilty of murder. But was she? Could she have been innocent after all?

This Victorian murder mystery, based on a true story, takes place in Glasgow, Scotland, 1857. It explores the disastrous romance between the vivacious socialite and her working class lover. After a two-year torrid and forbidden relationship with L’Angelier, continuing against her parents’ wishes, the situation changes dramatically when William Minnoch enters the scene. Minnoch is handsome, rich, and of her social class. Everything L’Angelier is not. Insane jealous rages and threats of blackmail are suddenly silenced by an untimely death.

Written in British English, in the creative nonfiction style, this Scottish Noir will be enjoyed by those who enjoy Victorian murder mysteries, unsolved crimes, or fictionalised accounts of true crime. Amazon

And while I was perusing this book I thought it wise to check out the author’s first book, Who Killed Little Johnny Gill? Another Victorian true crime, so I bought that one too!

Johnny Gill, a young seven-year-old from Bradford, comes from the poor end of town. Despite being poor, his family are tight-knit, loving and well-respected within their community. One foggy morning, just a few days after Christmas, Johnny’s mother sees her son off from the front door as he climbs into the milk wagon of William Barrett. As Mary Ann Gill waves goodbye to her eldest son that morning, she has no idea that this will be the last time she will see him. Johnny doesn’t come home for his lunch and his mother starts to worry about him. The family search frantically for him for three days and nights. They search Manningham, and wider Bradford until someone finds him early on the Saturday morning, just meters from their home.

His little body has been hacked up, drained of blood, thoroughly washed, his organs displaced and his intestines are draped around his neck eerily similar to the murders that have been happening in London done by Jack the Ripper. Several letters were sent by Jack stating that he would murder a little boy soon. After the murder another letter was sent stating that he had been up to Bradford. However, was this murder committed by the infamous Jack the Ripper? There are other clues involving Masonic rituals found in a local house at the same time of Johnny’s death that point to the possibility that it was. And yet, William Barrett was the last one to see Johnny. The modus operandi could well be a copy-cat murder. In addition, William Barrett isn’t saying much.

“Who Killed Little Johnny Gill?” is a fictionalised account of the true murder of a young boy in Bradford, England that is still considered today to be one of the worst British murders in England, despite the fact that it occurred in 1888 of Victorian Times. After the author presents the facts of this fascination English crime fiction novel, will you think William Barrett is innocent? Well, you will have to read the book to find out for yourself. Amazon

Lastly I have a copy of Murder on the Home Front by Molly Lefebure, a memoir written by the secretary to the Home Office’s chief forensic pathologist during the Second World War.

It is 1941. While the ‘war of chaos’ rages in the skies above London, an unending fight against violence, murder and the criminal underworld continues on the streets below.

One ordinary day, in an ordinary courtroom, forensic pathologist Dr Keith Simpson asks a keen young journalist to be his secretary. Although the ‘horrors of secretarial work’ don’t appeal to Molly Lefebure, she’s intrigued to find out exactly what goes on behind a mortuary door.

Capable and curious, ‘Miss Molly’ quickly becomes indispensible to Dr Simpson as he meticulously pursues the truth. Accompanying him from sombre morgues to London’s most gruesome crime scenes, Molly observes and assists as he uncovers the dark secrets that all murder victims keep.

With a sharp sense of humour and a rebellious spirit, Molly tells her own remarkable true story here with warmth and wit, painting a vivid portrait of wartime London. Amazon

I think that little lot should set me up for some fantastic reading in 2018 – what do you think? Any of these take your fancy? 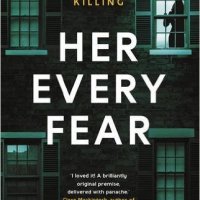