Nina Bawden published 23 adult novels and 20 children’s books in a career that spanned five decades stepped into my life as a child with her book The Peppermint Pig which won 1976 Guardian Children’s Fiction Prize, a once-in-a-lifetime book award judged by a panel of British children’s writers. When was a little older her book about children evacuated to Wales imprinted itself equally and Carrie’s War became a huge favourite of mine. I didn’t write book reviews as a child but if I had done, I would have said that these two books truly transported me back in time, to vivid places with characters that I would never forget. Would The Solitary Child have the same effect, in short, I believe so the story so searingly and at times baldly stated means that Harriet’s choices will take a long time to dissipate.

The Solitary Child is an intensely claustrophobic novel which from what I can work out is set around the time it was first published in 1958, certainly after the war but long before it was conceivable that any female would consider a life without a husband a good route to choose in life!

The book revolves around Harriet, just twenty-two when she becomes engaged to James Random after knowing him for just a couple of weeks. James is a rich farmer who lives on the Welsh Boarders, older than Harriet and with the inconvenient dead wife in the background which we soon learn died in circumstances weren’t altogether respectable. The pair had met at a party:

There seemed to be no other way of meeting people in London; each chance invitation was a gateway to a less restricted future.

James did not hide the fact of his wife Eve’s death from Harriet, after leaving the party they went to a little pub where he told her.

But at the time I was appalled. Not entirely by the story because that seemed – at the time, anyway – to be almost unbelievable, but by his blurting it out so clumsily and publicly to me, a stranger. For a little time I though he was boasting, dragging in the unsavoury past as a kind of shabby success.

Harriet as the swift engagement shows, wasn’t overly put off though, the obsession with the first Mrs Random coming later when she moves to the farm and finds herself in amongst those who knew the couple, and their daughter Maggie. The farm is run by Mr Evans whose wife helps out in the house with her own daughter who has a child, yet no husband. James’ sister lives next door and the tension between these characters neatly bubbles beneath the surface – no shouty arguments for this bunch instead it is constrained but no less heartfelt for that.

It was not a new issue, merely a renewal of old anger. Looking on, I was aware of an enmity which astonished, not because of its sudden violence but because they had managed to keep it hidden until now.

With only a few years between them Harriet soon comes to love Maggie who although young for her age gives Harriet someone to focus on while her doubts about her husband grow as she’s exposed in small ways to what those who live nearby and those who work for him really think. Harriet is trapped in a life she isn’t prepared for and so the tension grows as her mind worries over the past. At one point the doctor is called and depressingly reflects the times:

They were talking. The singing in my ears was less loud and I could hear fragments of their conversation.
“Illness… some degree of hysteria… not uncommon.”

Of course the finale arrives and Harriet does eventually find out the truth of Eve Random’s demise which left me with a strong feeling of disquiet. In part this is precisely because the book reflects the time of when it was written, indeed the publishers Bello makes a point that:

Some aspects may appear out of date to modern day readers. Bello makes no apology for this, as to retrospectively change any content would be anachronistic and undermine the authenticity of the original.

I know that this review hints rather than says anything concrete about the book itself but I can confirm that the theme of a woman haunted by a previous wife whilst not a new one has a slightly different twist to it in this enjoyable yet miserable read.

The Solitary Child was my twenty-seventh read in the Mount TBR challenge, having been purchased in March 2015 after reading HEAVENALI’s wonderful review. 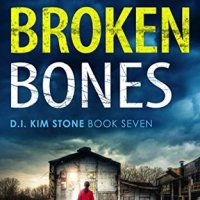 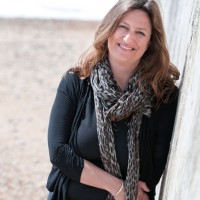