I was thrilled to be asked to be part of the blog tour to celebrate the Ngaio Marsh Awards 2017 and even more excited when the book I was asked to review was one in the true crime genre, one that I have been exploring with a passion over the last few months.

David Hastings takes us back to 1880 New Zealand when a young woman, Mary Dobie was found lying dead under a flax bush near where she had been walking, possibly finding a place to sketch, as she was a talented artist one who had provided some illustrations for her brother’s book about ferns.

As I have found in so many books in this genre, the book doesn’t just focus on the investigation into the murder itself but explores the life of the victim, and her family who were on a three-year trip to New Zealand from England, and puts the death into the context of the social history and politics of the time and place, the latter I knew very little about.

Mary had travelled to New Zealand on a boat with her sister Bertha and her mother Ellen and we hear about the trip in part from the notebook that the two sisters wrote and drew in on the long trip. These entries are fascinating as neither sister behaves in quite the way we expect young Englishwomen to behave in the Victorian age. They were curious women, eager to learn about life and so on the ship they learnt about the sails and navigation from the crew crossing the social barriers normally in place. This was important in the context of the crime itself, not for the purpose of stating that Mary had put herself in the face of danger but more to give a real feel of the woman she was, outgoing and confident with a range of experiences that rival what most women of her generation would have experienced.

By the time of the murder Ellen and Mary were in Opunake on the Taranaki coast area to say goodbye to Bertha who had married during their extensive trip which also took in Samoa and Fiji. The Taranaki area was in a state of tension by this time, facts that David Hastings explains in detail and far more clearly than I can summarise here, between the settlers and the Maoris. The settlers had staked a claim to the land some twenty years previously but only more recently had started building roads carving up the area causing the Maoris to retaliate with their own non-violent protests. Both sides feared the next move the other may make and it was against this background that Mary was murdered. The timing of the murder was key and for a while it wasn’t clear whether the crime was committed by a Maori or a Pakeha let alone whether the motive was robbery, rape or a political act.

The author does a fabulous job of explaining all of the details of the political background, the characters of those involved and in the end taking us through the trial and the (mis)use that was made of Mary Dobie’s death after the event by those in power.

I read my copy of The Many Deaths of Mary Dobie in eBook format and would advise those of you who like the sound of this book to buy the physical copy as there are many wonderful pictures, those drawn by the Dobie sisters as well as some photographs which would be better seen alongside the text as unfortunately I have yet to master the flicking backwards and forwards to a satisfactory degree on my kindle.

I applaud the author for making the politics of the area so easily understood, and for bringing to life an unfamiliar region to his readers. This book held my attention throughout the voyage, the social history explored during the family’s travels and the trial itself. A very welcome addition to my true crime reading indeed.

Don’t miss out on the rest of the blog tour – there are some fantastic books, and blogs, to discover! 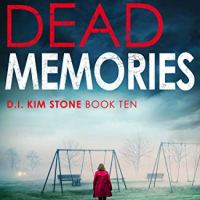