This is one of those books I’ve wanted to read for what seems like an age but I’ve never got around to actually doing so, until now. My short review is that The Boy in the Striped Pyjamas should never have languished on the bookshelf for a day, let alone the age that it did.

Bruno wants to be an explorer, he’s practiced in his big house with plenty of nooks and crannies in Berlin. His main occupations are keeping out of his older sister, Gretel’s way, enjoying the company of his three friends and treating the maids with the disdain of one who is born to a privileged background. Bruno’s father is a different matter, brusque and busy and a visit from ‘The Fury’ sends the whole household, Bruno’s mother included, into a frenzy.

Not long after the visit Bruno returns home to find his belongings being packed into a crate by Maria, the maid. The family is moving to ‘Out With’ and the house is being packed up. Bruno is told that move is ‘The Fury’s’ idea and no amount of pleading or bargaining on Bruno’s part can stop it happening.

In ‘Out With’ the house is smaller, there is the presence of soldiers, one particularly brutal Lieutenant named Kotler and from Bruno’s window in the far smaller house he can see a big fence and people wearing ‘striped pyjamas’ in the distance.

It is no secret that Bruno, the son of a Nazi befriends a Jewish boy, Shmuel who is inside the barbed wire. When Bruno’s head is shaved due to lice he is pleased to see he looks like Shmuel, although a little fatter, and the two boys make a plan.

The whole premise to the story is that Bruno is an innocent, his misuse of the words that flag to the readers the true horror, is used to denote that. Bruno in his previous life didn’t associate with Jews and doesn’t understand the significance of the word. This is possibly the most unrealistic point made in the book but nine-year old boys can be terribly self-absorbed! I was fairly sure I knew what was going to happen all the way through this third person narrative by the rather lonely Bruno’s eyes, but I didn’t and the turn the book took caught me off-guard.

What is fascinating is that this book, aimed at young readers also encapsulates a number of themes that will only be spotted by the older reader, for instance the ‘friendship’ between Bruno’s mother and Lieutenant Kotler but there are some that are spot on for the age-group such as the change in the siblings relationship once other people of their own age are removed from the picture. Gretel is a curious character, one minute playing with dolls, the next making sure she was always wherever Lieutenant Kotler is, capturing a pre-teen at that most awkward of times.

At times this book made me smile, at others it made me weep but most of all it made me think. It isn’t a true story, of course nine-year old Shmuel wouldn’t have lived long enough at Auschwitz, he certainly wouldn’t have had time to make friends with a boy who happened to live on the other side of the fence but in my opinion it doesn’t make this a bad book, it could be the starting point for an interest in understanding what really happened to children in Nazi Germany, no matter which side of the divide they were born on.

The Boy in the Striped Pyjamas gets the award for producing the most emotional reaction in my 20 Books of Summer 2017  and is my fifteenth read. 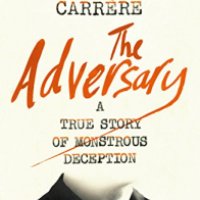 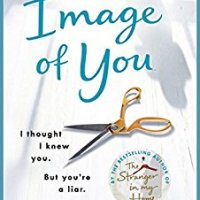