In 1838 a high-class prostitute, Eliza Grimwood, took a French-speaking gentleman home to her shared lodgings. The following morning Eliza was found with her throat cut and her abdomen slashed. Her fellow housemates, who included her boyfriend William Hubbard had not heard a sound except a single yap from her pet dog.

Jon Bondeson is a crime historian with more than twenty books to his name and he starts by setting the stage, describing London at the early time of Queen Victoria’s reign. He gives special attention to the Waterloo Bridge and the perception of prostitute demonstrating the prurient interest from the public and the different classes of ‘working women.’ We also get a whistle-stop tour of the most notable murder of the time including the Ratcliffe murder and that of Hannah Brown by James Greenacre and Sarah Gale. This is a book packed full of information with references to sources and lots of pictures of the subjects and not confined to those in the penny dreadfuls of the time. In fact the illustrations that are present on many of the pages bring to life the points the author is making with perfect placement, something I much prefer to those books that confine these to the centre pages.

As Eliza and the mysterious French speaker had arranged to meet at The Strand we are treated to some of the plays that may have been showing on that fateful night of Friday 26 May 1838, sadly it is not possible to know what was on the bill of this small but packed theatre that night. Eliza and her ‘guest’ alighted a Hansom cab which took them back to Waterloo Road but who the man was has never quite been established.

Inspector Charles Frederick Field was called to the scene, a former actor he had been one of the first officers of the New Police when it formed in 1829. Jon Bondeson takes a pause to enlighten his readers to other crimes that this, probably the best-known Policeman in London encountered over the course of his career. There is no doubt that life in the force at that time was hard but the crime were not investigated in quite the isolation as I perhaps thought. First came the inquest.

In true melodramatic fashion the inquest was given the run-around by local characters either not giving the information they held or alternatively throwing suspicion in all direction so that even the most trivial of facts became obscured. All of which kept the news flowing with Charles Dickens taking such a keen interest Nancy of Oliver Twist fame is believed to have been inspired by poor Eliza Grimwood.

Of course a true-crime begs to be solved even all these years later and with the help of Inspector Field’s diary, which is perfectly preserved, along with newspaper articles and other contemporary offerings, Jon Bondeson is sure he has found the culprit and it seems to me that he provides a very compelling argument for his case. Of course as in the case with all these types of crime, despite even the most in-depth, and the author studied this crime over a decade prior to this book being written, can’t ever give us a conclusive answer and sadly no court of law will pronounce its judgement.

For lovers of Victorian true crime The Ripper of Waterloo Road gives a comprehensive examination not only of the crimes committed but wider commentary on the life and times without allowing itself to get into too wide a discourse which would make the book far too unwieldy.

The Ripper of Waterloo Road was my twelfth read in my 20 Books of Summer 2017 Challenge.

22 thoughts on “The Ripper of Waterloo Road – Jan Bondeson #20booksofsummer” 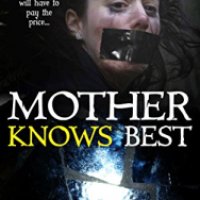