Warning – Don’t open this book for a peek, you will not be able to put it aside once you start!

This book has a seriously good opening and one that you won’t forget as you read on to find out what happened to baby Daisy in the early hours of New Year’s day morning, because one thing is for sure she is no longer at home in her cot where she should be.

Daisy is Chloe’s younger sister, well technically she is her half-sister Chloe’s mother having died when she was small but her father James met Emily when she was small and they’ve been a family ever since. Now on the brink of her sixteenth birthday she adores baby Daisy.

Jess is Emily’s younger sister, with just ten months between them they always did everything together, they were even in the same class at school and Jess adored Ellie. Recently Jess moved in with Ellie and has taken on the role of nanny to Daisy while Ellie returns to work. The sisters have much catching up to do as they only regained their tight bond following their mother’s recent death.

So we have two sets of little’s sisters and two mysteries. The overriding one into Daisy’s disappearance and the historic one into why Emily and Jess became estranged when they were teenagers. Both storylines are utterly compelling and reveal long-buried secrets of the relatively small cast of characters. Although the story is mainly told through the eyes of Emily and Jess in the past and the present we do hear from other key players along the way. Each chapter spills at least one secret challenging the reader to put the book aside. I simply couldn’t; this was a real, just a few more pages and then I’ll go to sleep book!

Little Sister is set on the Isle of Wight and although it is many years since I visited, the famous locations are woven throughout meaning that this beautiful location really feels to be part of the story itself. Living on an island myself I didn’t need too many prompts to work out that this was going to be one claustrophobic story and boy does Isabel Ashdown use this to ramp up the tension. Daisy’s disappearance brings outsiders in the way of the police to investigate but it also brings a pack of journalists baying outside the front door as each lead hits the headlines nationally as well as locally but it isn’t just the daily revelations that mark the passing of time since Daisy went, we also have the slowly decaying Christmas tree wilting, the baubles that Daisy once babbled at looking ever more forlorn as Emily refuses to allow it to be dismantled, anxious that Daisy should see it once more when she is found. It is these smaller details which turn this book from a run of the mill psychological thriller into something quite exceptional which alongside the pitch-perfect pacing had me completely hooked.

While the answers to the two mysteries become clear well before the end of the book, because of the depth of the story I didn’t feel cheated because there is plenty more to come. I particularly loved the ending where the author has chosen to wrap everything up in one neat bow with flourishes that were entirely satisfying.

This is a book I wanted to savour but at the same time couldn’t slow down with a story I became so immersed in so well-drawn were all the characters from the teenage Chloe to the police, from the distraught mother Emily to the owner of the café – all were so realistic, I feel sad to say goodbye to them all. 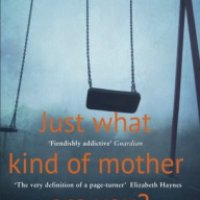 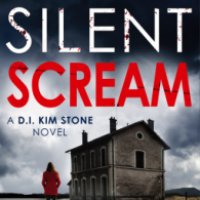 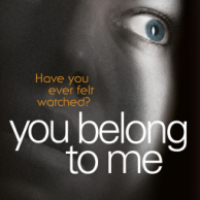 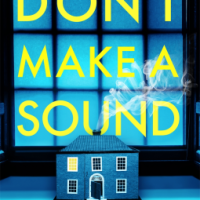