I simply adore this series, it takes a true writer to pen an entire collection where each book has a different feel and yet stays absolutely committed to the chief protagonists: Dalziel. Pascoe, Wield and Ellie whilst coming up with different types of scenarios as a stage for them to play on.

The stage in Bones and Silence is a literal one with the talented, determined and beautiful Eileen Cheung putting on a community medieval play The Mystery which is planned for the May Bank Holiday weekend. Her aim is to cast Dalziel to play God, riding atop a truck through the town – sheer brilliance!

Of course it isn’t all play-acting as the book opens with Dalziel witnessing something, but what did he really see through his window? The end result is a woman is dead and Dalziel is convinced that he saw two men, a woman and a revolver. In the time it takes for Dalziel to sprint to the house, the woman is dead and her lover and her husband both insist that she shot herself. Dalziel doesn’t believe a word of it!

Meanwhile Peter Pascoe who is still recovering from serious injuries inflicted during the previous book takes a more circumspect view and is somewhat less than convinced of Dalziel’s certainty.

Of course one potential murder and a play is not enough for Reginald Hill so we have some sub-plots to involve ourselves in, including some cryptic letters written anonymously to Dalziel which Pascoe investigates. All of this gives the reader many opportunities to witness the acerbic wit of Dalziel, the more introspective Pascoe and I’m glad to say Wield gets a decent part to play in this book. And of course inbetween the police action Eileen Cheung is cracking her whip with rehearsals and cutting through Dalziel’s expected reticence to knuckling down to put on a play that the entire community of Yorkshiremen and women can enjoy.

Ellie is a little less bolshie in this book following a serious lack of judgement that put others in danger in the previous episode but fortunately this being book eleven, I know she gets her spark back later on in the series. One of the great delights of this book is that although Reginald Hill has created some wonderful characters he allows different aspects of their nature to ebb and flow. We think of Dalziel as being charmless and dogmatic but at times he is capable of great empathy which turns him from a caricature into a fully rounded man, each of the other main protagonists are given the same treatment. This top-notch characterisation along with the, just the right side of genius in solving the crime in Bones and Silence, just served to underline what an absolute treat these books are.

If you haven’t read this book, and personally I think each book can be read as a standalone although to fully appreciate the depth they definitely work better once you’ve read more than one, have a hanky ready for the ending – I will say no more. 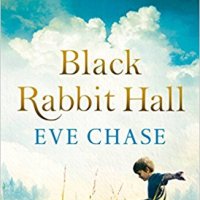 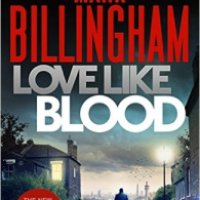