My current read is another from my own bookshelf; The Scent of Murder by Felicity Young which is the third in the Dr Dody McCleland series set in London during the Edwardian era. 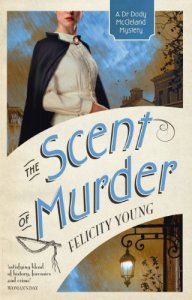 For Doctor Dody McCleland, the unearthing of an ancient skeleton in a dry riverbed is a welcome break from the monotony of chaperoning her younger sister at a country house near the isolated hamlet of Piltdown. But when she begins her analysis of the bones, Britain’s first female autopsy surgeon discovers they are much more recent – and they are the result of murder. With Chief Inspector Matthew Pike’s help Dody begins to investigate.
Soon she finds herself pitted against ugly traditionalism, exploitation, spectral dogs, a ghostly hunt and a series of events that not only threaten her belief in scientific rationalism, but threaten her life itself. Amazon

The last book I finished was Mother Knows Best by Netta Newbound, a contemporary psychological thriller of novella length.

All her life twenty-two-year-old Ruby Fitzroy’s annoyingly over protective mother has believed the worst will befall one of her two daughters. Sick and tired of living in fear, Ruby arranges a date without her mother’s knowledge.

On first impressions, charming and sensitive Cody Strong seems perfect. When they visit his home overlooking the Welsh coast, she meets his delightful father Steve and brother Kyle. But it isn’t long before she discovers all is not as it seems.

After a shocking turn of events, Ruby’s world is blown apart. Terrified and desperate, she prepares to face her darkest hour yet.

Will she ever escape this nightmare? Amazon

Next up is a book that I have been eagerly anticipating for some time, See What I Have Done by Sarah Schmidt which was inspired by the infamous Lizzie Borden 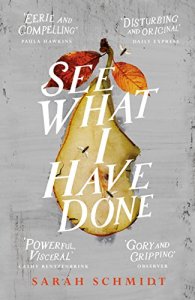 In this riveting debut novel, See What I Have Done, Sarah Schmidt recasts one of the most fascinating murder cases of all time into an intimate story of a volatile household and a family devoid of love.

On the morning of August 4, 1892, Lizzie Borden calls out to her maid: Someone’s killed Father. The brutal ax-murder of Andrew and Abby Borden in their home in Fall River, Massachusetts, leaves little evidence and many unanswered questions. While neighbours struggle to understand why anyone would want to harm the respected Bordens, those close to the family have a different tale to tell—of a father with an explosive temper; a spiteful stepmother; and two spinster sisters, with a bond even stronger than blood, desperate for their independence.

As the police search for clues, Emma comforts an increasingly distraught Lizzie whose memories of that morning flash in scattered fragments. Had she been in the barn or the pear arbor to escape the stifling heat of the house? When did she last speak to her stepmother? Were they really gone and would everything be better now? Shifting among the perspectives of the unreliable Lizzie, her older sister Emma, the housemaid Bridget, and the enigmatic stranger Benjamin, the events of that fateful day are slowly revealed through a high-wire feat of storytelling. NetGalley

So I have a reading week full of murder and I’d love to know what are you reading? 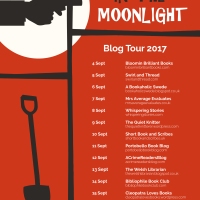