My opening chapter this week comes from The Bad Things by Mary-Jane Riley which was published in 2015 by HarperCollins, the first in the Alex Devlin series

Alex Devlin’s life changed forever fifteen years ago when her sister Sasha’s two small children were snatched in broad daylight. Little Harry’s body was found a few days later, but Millie’s remains were never discovered.
Now Jackie Wood, jailed as an accessory to the twins’ murder, has been released, her conviction quashed by the Appeal Court. Convinced Jackie can reveal where Millie is buried, Alex goes to meet her.
But the unexpected information Wood reveals shocks Alex to the core and threatens to uncover the dark secret she has managed to keep under wraps for the past fifteen years. Because in the end, can we ever really know what is in the hearts of those closest to us? Amazon

The stench was overpowering. Katie squatted on her haunches and pulled at the zip. The material tore; the metal teeth nicked her finger. Thoughts flashed through her mind: should she wait Could this be evidence?

The day Alex Devlin’s life imploded for the second time was one of those bleak February days in Suffolk when the light never got above murky and spring seemed months away. Outside, whey-faced men and women were hunched inside their coats, trying to get their business done and move on. Shopping, working, maybe just passing the time in a warm coffee shop on the High Street. The streets of Sole Bay could be unforgiving.

The section from fifteen years ago has been cut short but given the synopsis I’m sure you can work out what Katie found… I’m keen to read more about the release of the woman jailed as an accessory in the children’s murder though and I think those few sentences set the scene quite nicely.

So… would you keep reading? Please leave your thoughts in the comments box below. 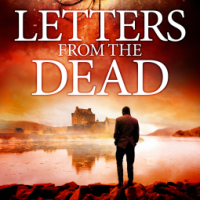 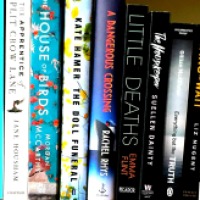