Death Comes Knocking is a non-fictional look at policing in Brighton, the place which is where the fictional Roy Grace carries out a similar role to that of the author of this book, Graham Bartlett worked his way up through the ranks to the position of Brighton’s Police Commander and during the course of his career has dealt with crimes and criminals of all shapes and sizes.

Sometimes policemen who turn their hand to writing go for the fictional genre, and can woefully overburden the reader with how different real-life work is to those of the fictional characters we all love. I think what Graham Bartlett along with Peter James, have produced is far more interesting because the real and the fictional feature alongside each other celebrating the similarities but adding a side-serving of realism to the proceedings.

In nineteen chapters the book follows Graham’s life through his career picking out cases which definitely appealed to this reader. The books starts hard when one criminal gang decide to pull the trigger at a fellow Police Officer, but there are also tales of stolen gems, drugs, murder, bent policemen and the strategic policing of events like football games and demonstrations. Many of these tales reference back to episodes in the twelve Roy Grace books written by Peter James.

The stories told are interesting because the authors concentrate on the characters involved as well as the crimes being committed. There is one very touching story about a man who got involved in drugs and other’s where the authors meet up with some of the named criminals and victims years later which provides far more than a list of facts, procedure and policy but gets to the real truth of how these crimes can have consequences many years down the line.

Bravely the author also documents his private life, telling us how, unlike Roy and Sandy Grace, his marriage has stayed strong despite life’s misfortunes and the unpredictability of working hours in the force. Only on a very few occasions, oddly enough when the author was describing some of his colleagues, did the writing style feel a little on the stilted side. It didn’t put me off reading the book but I did wonder if he was aware that they would be eagerly reading the book to see what he’d said about them?

Of course with a career that lasted for thirty years Graham has seen lots of changing in policing. Some of the changes he documents are the obvious ones such as the advent of DNA and the increase in CCTV and later other technology to help in the solving of crimes, but other less obvious to those of us on the outside have also changed over the years.

I am sure that this book will appeal to both those who enjoy ‘true-crime’ but don’t want to dwell on the infamous criminals, which these books usually focus on, and of course to lovers of Peter James’s Roy Grace series. The latter category of readers can hear a little about the real people who inspired, and gave their names too, some of the fictional characters in the books and more description about the actual places detailed in these novels.

Death Comes Knocking has a very informal feel for a non-fiction piece of work in this genre because of the links to the fictional but that was exactly what kept me reading. I was worried that it would be too dry for my taste but far from it, I was eager to hear about a forging operation run out of Brighton as much as I was the poor woman who was the victim of a stalker, the variety alone felt astonishing until you remember how many different crimes Graham must have worked on over his time in the police force.

My copy of Death Comes Knocking was sent to me by Midas PR on behalf of Pan Macmillan, the publishers. This unbiased review is my thank you to them, and the authors. 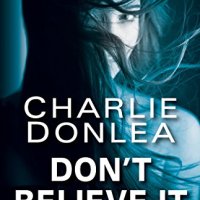 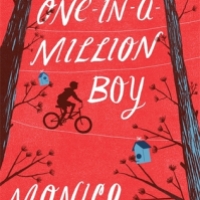 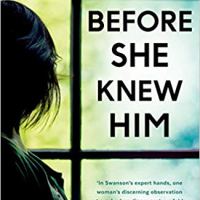