So I’ve finally started one of my most anticipated reads for early 2016; Coffin Road by Peter May, with a story set in The Outer Hebrides.

A man is washed up on a deserted beach on the Hebridean Isle of Harris, barely alive and borderline hypothermic. He has no idea who he is or how he got there. The only clue to his identity is a map tracing a track called the Coffin Road. He does not know where it will lead him, but filled with dread, fear and uncertainty he knows he must follow it.
A detective crosses rough Atlantic seas to a remote rock twenty miles west of the Outer Hebrides of Scotland. With a sense of foreboding he steps ashore where three lighthouse keepers disappeared more than a century before – a mystery that remains unsolved. But now there is a new mystery – a man found bludgeoned to death on that same rock, and DS George Gunn must find out who did it and why.
A teenage girl lies in her Edinburgh bedroom, desperate to discover the truth about her father’s death. Two years after the discovery of the pioneering scientist’s suicide note, Karen Fleming still cannot accept that he would wilfully abandon her. And the more she discovers about the nature of his research, the more she suspects that others were behind his disappearance.
Coffin Road follows three perilous journeys towards one shocking truth – and the realisation that ignorance can kill us. Amazon

I’ve just finished Beside Myself by Ann Morgan which wasn’t the book I was expecting, but more of that when I review it… soon.

Read the synopsis and a taster in yesterday’s post.

Next up I have a copy of The Widow by Fiona Barton which I received the first chapter of when I went to Crime in the Court back in June – since then I managed to get a full copy which will be published on 14 January 2016. I’m really looking forward to this is the premise is one that fascinates me in real life…

We’ve all seen him: the man – the monster – staring from the front page of every newspaper, accused of a terrible crime.
But what about her: the woman who grips his arm on the courtroom stairs – the wife who stands by him?
Jean Taylor’s life was blissfully ordinary. Nice house, nice husband. Glen was all she’d ever wanted: her Prince Charming.
Until he became that man accused, that monster on the front page. Jean was married to a man everyone thought capable of unimaginable evil.
But now Glen is dead and she’s alone for the first time, free to tell her story on her own terms.
Jean Taylor is going to tell us what she knows. Amazon 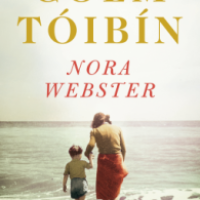