Just for a change I started this series in totally the wrong place with the third book Sorrow Bound. I was impressed with Aector McEvoy, his innate goodness despite, you guessed it shadows in his past. Aector McEvoy had been instrumental in flushing out a corrupt boss, and his hangers-on which has made him feel like something of an outsider in his new role in the serious crime squad. Fortunately he doesn’t have a drink problem just a complete and absolute belief in justice.

When the sole survivor of a trawler tragedy thirty years before is wooed by the money promised by a TV show to mark the anniversary goes missing in the middle of the ocean only to be found later dead in a lifeboat floating of the coast of Finland, cause apparent suicide, no-one pays an awful lot of attention.

Aector McEvoy’s story opens in the run up to Christmas when Aector is waiting to meet his pregnant wife Roison, minding Fin, their young son in a café when he hears screaming. In a nearby church a young Somalian girl is found slashed. The crime should be easy to solve after all Aector saw him on the way out, before he got hit, but no the bodies in Hull’s morgue keep mounting up, all the victims died in different ways but Aector is determined to find the link.

This is a swiftly paced book with plenty of action. It is also a book that is very much setting the scene for a series, there are links here to the ongoing story arc that would have enhanced my understanding of the relationship between Aector and his boss Trish Pharaoh. Trish Pharaoh is a great character, tough and yet with an understanding of Aector, willing to forgive his somewhat maverick tendencies when he feels necessary. Having said that, it is a fairly standard police procedural albeit with a superb plot-line.  If you prefer your crime to come without too much violence, this probably isn’t one for you. The scenes while not gratuitous, give enough variations on how a man or woman can die to make the sternest of natures feel a little squeamish.

David Mark gives a real sense of place in Hull, this is a town which has lost its way; definitely past its best and with some understated sentences conjures up a picture of what the realities of this are. He doesn’t go down the lazy route though of painting an entirely black picture of the town, this is a realistic portrait where some homeowners are determined not to leave the area where they grew up.

The Dark Winter is an assured debut novel although perhaps if I’d read this first not quite shining enough to make me follow the series but knowing that there is better still to come means that I am now looking forward to Aector’s next outing. 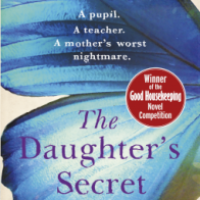