Telling the tale of a court case of Robert Farquharson, an Australian man on trial for killing his three sons. The undisputed facts are that the car that Robert Farquharson was driving ended up in the dam, the father escaped but the sons didn’t even make it out of the sunken vehicle. The truth of what happened that night, well that may never truly be known…

Helen Garner saw an item on the news and thought to herself that Father’s Day evening in 2005 and hoped that it was a tragic accident. When Robert was committed to trial she sat in the court room every day with a young gap-year student, listening and watching and this book is the result. Her quest to understand what happened and why is unwavering, yet without the prurient feel some true crime books have.

Do you think the story he told the police could be true – that he had a coughing fit and blacked out at the wheel? There is such a thing. It’s called cough syncope. The ex-wife swore at the committal hearing that he loved his boy’s. So? Since when has loving someone meant you would never want to kill them? She said it was a tragic accident – that he wouldn’t have hurt a hair on their heads.

Never before have I read about a murder trial in such detail, as Garner doesn’t just give us the facts, she recreates the court room with its moments of high drama and the low energy of the listeners to three days of evidence given by the police about tire tracks and tufts of grass. Although we don’t get descriptions of the jurors, for obvious reasons, everything is scrutinised, seemingly gently but missing nothing. Helen shares with us the ups and downs not only of the overarching trial but the mood of the jurors, the latest hot topic from the journalists, the sympathy she herself feels towards Cindy the boy’s mother but also towards Robert and his steadfast family. She puzzles at parts of the evidence, gives us the ‘everyman’ view from comments she overhears, she talks to Cindy’s parents, the man who runs the coffee stall, the gap-year student who has the certainty of the young We are given the smallest details that tell a lot about the mood in the court room, not just from the energy and passion of the defence and prosecution lawyers, but the drooping of a head, the fingering of a shirt collar and the stillness when significant evidence is given or refuted.

This is such a compelling read as Garner spends her time in court acting like one of the jurors, although she doesn’t bear their huge responsibility of listening to conflicting experts, possible mistakes that could be dismissed in any other arena, but in court are subjected to endless questioning that results in either point of view become entirely irrelevant. She feels for the men and women who are on the witness stand.

The repeated order ‘Just answer the question’ came to sound like a gag or a bridle. How crude, how primitive were the words ‘yes’ and ‘no’ in the face of questions on which so much hung!

Garner is not a juror though, so she is also is able to include the evidence not presented to them, the evidence that is withdrawn on different grounds.

This book covers both the original trial and a later re-trial by which time feelings have solidified and those attending have aged. The book covers a total of over three months of court time which is condensed into roughly 300 pages of engaging prose, an absolute must read for those who want the inside knowledge of a court trial, in some ways far removed from that which we see on TV and in films but in others, just as you’d expect.

Never before have a read a non-fiction book that has so effectively transported me to a scene, like Garner herself, the days I spent reading this evocative, detailed yet accessible book, I pondered over the phrases used by the accused, I winced at the evidence given by the friend and I applauded the jurors for their tenacity.

I came across this book on Guy Savage’s book blog where he reviewed this book and as a result bought myself a copy – a purchase I certainly didn’t regret. I already have my eye on Joe Cinque’s Consolation by the same author and I’m sure my willpower will fail before too long as this is definitely one of the best books I’ve read this year.

26 thoughts on “This House of Grief – Helen Garner” 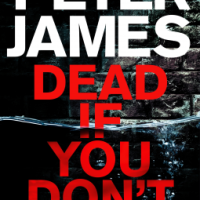