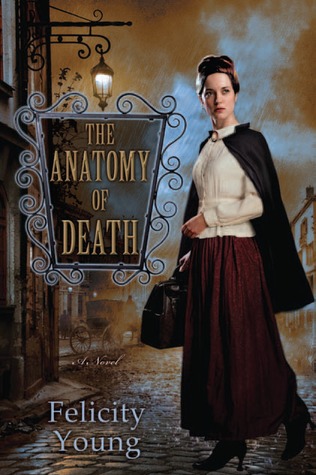 Dody McCleland young woman doctor returns home from her studies in Edinburgh where she had come to terms with the fact that in 1910 no surgical posts were open to women. Instead she has trained to become an autopsy surgeon and eager to work with Mr Spilsbury following his triumph in the court-room during the trial of Dr Crippen.

On her return she is met with the news that a close friend of her younger sister Florence has been killed during a suffragette march on Whitehall for Votes for Women. Dody refuses to carry out the autopsy on Lady Catherine Cartwright and the case is handed to another surgeon but questions over who killed her remain and Dody is determined to find the answers.

Meanwhile Police Inspector Pike, who worked on the periphery of the investigation into whether Crippen had killed his wife, is under pressure from above to prove that Lady Catherine didn’t die at the hands of a brutal policeman. Whilst wary of the more militant of the suffragettes he firmly believes that the police should have behaved better at the march and is asking difficult questions. Between them can they solve the murder?

This book transported me back in time to the turn of the twentieth century, the descriptions of the march are vivid as are Florence’s recollection of being force-fed while on hunger strike in prison. The author walks a fine line in expressing the various views held in the population at the time including the fact that most of the militant suffragettes had the money and home comforts that enabled them to spend time plotting their next actions whilst the poorer women in England were already working outside the home just to keep a roof over the heads of their families. I like this style very much as I prefer it when authors allow me to read the book in context of the time it is depicted and make up my own mind. I imagine weaving true facts with fiction is actually very hard and the author admits that the first known female attendant to Spilsbury actually occurred a full decade later in 1920 but Felicity Young has created an immensely readable and authentic feeling novel. The mystery isn’t terribly complex, my main enjoyment was derived from the links to events that I already knew so that I was able to read this book in context.

Dody comes across as a very level-headed young woman although not immune to the lure of romance she isn’t one of the men-hating varieties of women, she clearly worships Bernard Spilsbury and is intensely loyal to her sister Florence despite not agreeing with the latter’s more militant stance. With a desire to do good without being preachy about it, the character is well-developed as is that of Pike’s. Coupled with a well-paced thought out plot, this book has clearly been well-researched, an absolute essential for a historical novel.

I have a copy of The Insanity of Murder which is the fourth book in this series due out later this month which is a bit of a shame as I’m sure I’ll now end up reading the other two books out of sequence.

I’d like to say a special thanks (again) to Margot Kinburg from Confessions of a Mystery Novelist who recommended this book to me after I had read The Magnificent Spilsbury and the Case of the Brides in the Bath. So glad she did and that I chose this as one of my 20 Books of Summer 2015, highly recommended for lovers of historical crime fiction.

20 thoughts on “The Anatomy of Death – Felicity Young” 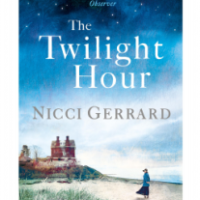