I think we’ve all had the misfortune at some time to receive one of those cheery Christmas missives which inform us what a successful, enviable life their writer has enjoyed over the last year, often appended by photographs of the family looking suitably satisfied with themselves. Angela had written such a missive for each of the thirty-three years of her marriage, proclaiming her love of the Australian outback to those she left behind in England, her blissfully happy marriage and of course information regarding her four children’s equally happy and successful lives, to her neighbours, friends, doctor and a myriad of other recipients from near and far.

All those bright, happy letters, putting the best possible spin on their lives, making it sound as though the Gillespies were the luckiest, loveliest, most successful, well-balanced, supportive family in all Australia, and possibly even the world. She had always skipped over any troubles. Avoided mention of any tensions. Edited out any sticky subjects. It had felt like the right thing to do, even if she knew they sometimes sounded too good to be true.

This year Angela sits down at the family computer and can’t think of a word to say beyond the subject line ‘Hello From The Gillespies’ and instead writes a stream of consciousness about her children’s faults which include the delights of an affair, living a fake life, weight problems, over-dramatic and plain weird. She then moves onto her husband Nick who no longer talks to her, has become obsessed with family research and is planning a trip to meet Gillespies from all over the world in Ireland without her. With these details plus a toe-curling fantasy of another life in London, the path she might have taken if she hadn’t met Nick Gillespie, Angela has to abandon the letter to deal with a medical crisis. Little did she know that Nick having seen the Christmas letter had decided to be helpful and forward it to the 100 people on the distribution list.

At over 600 pages long I did wonder how the author was going to spin the fall-out of the letter laced with truth-serum, but she has cleverly added a twist that keeps the momentum moving and adding more warm-hearted details of a family under all kinds pressure. Monica McInereny manages to avoid the saccharine sweetness by keeping her characters real, especially those of her elder daughters who although pretty immature for their ages (early thirties) all come across as individuals with their own personalities, problems and sometimes novel solutions. The story spans the best part of a year in the life of the Gillespie family and although the ending was somewhat predictable it kept my spirits up as I battled the first virus of the winter season.

I received my copy of Hello From The Gillespies from the publishers Penguin Books (UK) ahead of the publication date of 6 November 2014 in return for this honest review.

28 thoughts on “Hello From The Gillespies – Monica McInerney” 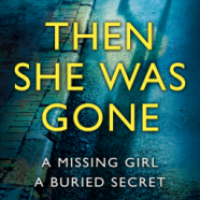