Initially published as a three part story comprising of a one week wait between publications I have been lucky enough to read the complete book courtesy of the publishers Carina although I can certainly see the merits of choosing this particular book for episodic telling.

Ellie and Will are married and expecting their first child when we are first introduced. It soon becomes obvious that Ellie, whose parents were killed in a car crash, has some issues with Will’s mother Gillian, who to be honest does seem a tad overprotective considering the man is thirty-four. Ellie finds a secret which she believes will shatter Will’s perception of his mother. I disliked Ellie as a character enormously, she is self-centred and manipulative and being fairly dismissive of other people’s intelligence, fails to disguise her manipulation terribly well.

Will appears to be a fairly affable character, caught up in his work as a medical scientist whose specialist subject is blood clots on the brain. He enjoys visiting his parents and is dipping his toe into the water with DIY in aid of his soon to be born son and heir.

Ellie and Will jointly narrate most of the chapters with the story moving at a fairly brisk pace as soon as the initial secret is unearthed the story takes a fairly uncompromising turn towards the darkness along with all of the character’s psyches. I did like the fast moving plot and although on reflection there was a certain amount of suspension of belief required at the time I went along with the storyline anxious to know whether the outcome would be as suspected. All I will say is there were enough twists to keep me entertained until the end. The ending is one that will make you wonder what the future will hold.

The author has managed to produce a book that shows how subtle changes in outlook can alter the way a character behaves in an authentic way, this is helped by the underlying musical theme which is mirrored by the storytelling with crescendos building right up to the grand finale. This is a psychological thriller with a domestic setting which lives up to the thrilling aspect of the genre and also manages to have an original feel helped by keeping the plot tight with every piece of information the reader is given being relevant to this tragic tale.

I’d like to thank Carina for allowing me to read this book in return for my honest review and I will certainly be looking out for this author in the future. 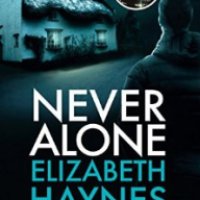 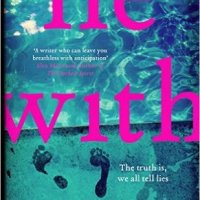